Romance! (AKA, Not Kid Stuff) 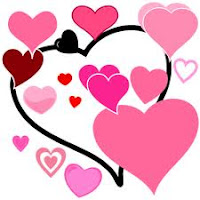 So you should know I read (or listen to) a lot of romance novels. While it was a little embarrassing for my 16 year old to comment on the book cover icons on my Kindle (he tends towards sarcasm) (it's innate, more to do with his parentage than his age), I don't generally mind this being a known fact about Mel. I do, however, refuse to read THAT book, the one (well, three - it's a trilogy) everyone talks about, because too many people in the book world / romance readership world that I respect just didn't like it at all. The clunky writing, the inept metaphorical language, the fact that, in general, Powerful Bajillionaire with Surprising Amounts of Free Time Falls for Unassuming Nice Girl Who Will Change His Life is just not my storyline of choice - it all keeps me from touching the thing. I do want to point you all to this helpful list of other books (better books) for recent romance converts to check out. I've read Lisa Kleypas, Lorelei James, Linda Howard, and Maya Banks titles and think they're all authors worth checking out, so I presume the others from this article would be, too.

Elsewhere in the world of romance novels, the Romance Writers of America annual conference just wrapped up, and winners of the RITA Awards for excellence in the romance genre were announced. A few of the winners are books I've been meaning to blog about anyway, because I just really enjoyed them. These are all a little outside my normal romance reading (which tends towards Regency historicals and straightforward contemporaries) but I'm glad I checked them out. (Here's a list of the RITA winners at the Smart Bitches Trashy Books site, which is a great place to go to check out romance reviews and recommendations. Also, I raved about Joanna Bourne's The Black Hawk a while ago, and look, it won!)

I heard a ton about Dragon Bound by Thea Harrison (RITA winner for best paranormal romance), but it was, you know, about a dragon? And other mythical creatures? Interacting with humans in modern-day America? So, sure, it was supposed to be super well written, and funny, and hot, but paranormal isn't my go-to choice, so I ignored everyone's advice. For a while. Then I was scrolling through options, and it was one, and I figured I may as well check it out, and wow. It's just great. I am a total dragon convert. Harrison probably doesn't write effortlessly, even though the final product makes it seem that way, but she definitely writes with tons of attention to the task at hand and a firm grasp of story and character. I've since gone and read the rest of the novels in the series (so far). This one is my  favorite, but they're each quite good. (And hot. Dragons. Yum. Who knew?)

While in paranormal land, I got the audiobook of First Grave on the Right by Darynda Jones (RITA winner for best first book), which was read by Lorelei King. Fewer mythical beasts in this one, but the narrator, Charley Davidson, is the grim reaper. She sees dead people. It helps a lot when she's helping her cop uncle invesitage homicides, since she can interview the victims and all, but it's not too handy when her shower time is interrupted by the recently departed in search of a portal to the afterlife. Plus there's the complication of the big dark shadowy (sexy) figure visiting her in her dreams, and maybe, sometimes, not in her dreams. This is a fast-paced, fun, cleverly built book, more adventure than romance, and I'd probably have drawn a Stephanie Plum/Janet Evanovich comparison even if King (who narrates the Plum audiobooks) hadn't been the voice of Charley in my head. (King does excel with snarky humor and I give her props for being able to differentiate the internal and external dialogue so well when the text doesn't do it.) I've listened to the second in the series and definitely look forward to the third.

So, back to the Bajillionaire Man and the Woman Who Changes Him. Doukakis's Apprentice by Sarah Morgan (RITA winner for best contemporary series romance) is the kind of thing I normally avoid even more than the paranormals. The Greek tycoon who wears power as well as he wears his bespoke suits, who only cares about the next deal, and about getting revenge for some familial wrong. The feisty and smart but not necessarily educated woman who will fight for her point of view and become a thorn in his side. The transformation of the thorn and the tycoon into lovers, despite themselves. This has it all. Damon has taken over Polly's family business, an act of revenge prompted by Damon's little sister eloping with Polly's dad. Polly has been running the business, and has to fight to keep her little workplace-family intact despite their new corporate cubicle headquarters. Damon refuses to see that Polly is the heart of the company, much less that she's not really to blame for her dad's philandering. It's not a secret formula, this formula - you know they'll find love and respect for each other, despite the odds. But Morgan writes smoothly and with charm, giving personality to the characters that transcends their tropes.
Posted by Unknown at 4:03 PM