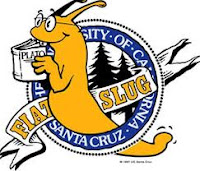 In the fall of 1988 I packed up my new cow-themed twin XL sheets and moved to Santa Cruz, California, ready to start classes at one of the hippiest liberal tie-dye granola universities ever. Something like 99.99% of my classmates were from California, and the matching system for roommates in the dorm went something like this: “That girl’s from out of state. So is this girl! Let’s put them together. Surely being the only ones on the hall paying out-of-state tuition will give them plenty to talk about.” It didn’t quite work, but Marie & I did find one topic that set the tone for our year of living together: our mail-in ballots for the presidential election.

For those of you who don’t remember 1988’s election, let me help you out. Reagan’s Vice-President, George H.W. Bush, former Representative from my great state of Texas, was running against Massachusetts Governor Michael Dukakis. And although Bush ultimately carried California (along with much of the rest of the country), the folks I was meeting at UCSC weren’t his supporters, to say the least. 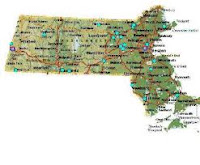 And Marie? Fellow out-of-stater Marie? She was from Massachusetts.

Now, I was pretty proud of being a 7th generation Texan, and as the cow sheets might have indicated to you already, had gone off to Santa Cruz happy to use “Texas” as shorthand for “everything you need to know about Melanie.” Nowadays I try to paint a slightly more complex picture, because although Texas will always be a part of me, there are things about this state I don’t embrace. Many of those things are Bush-related.

But still, in my first ever vote cast, it was for the Bush-Quayle ticket. (Even back then I made plenty of Quayle jokes. Because come on.) (Wouldn’t it have been fun to have Quayle as a VP candidate in the days of Twitter?)

So, this is my way of saying that I apparently groove on being the odd one out, when it comes to presidential politics. Marie and I had a LOT to discuss that election season, and, well, we didn’t spend much time together once we’d met our own sets of locals to hang out with instead. I wonder what ever happened to Marie? If any of you run in to her, tell her I’m sorry for my belligerent stance, and that I’ve changed. 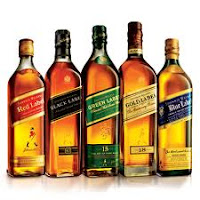 The most fun I’ve ever had on election night was the 1992 election, when I once again voted by mail, and no, not for either of the Texans (Bush or Perot) on the ballot. I was living in England, but Santa Cruz had changed me. I rarely ate granola, but I definitely wore tie-dye. (Yes, there are pictures. No, I won’t dig them up for you.) That one Republican presidential vote is the only one I ever cast. My British friends and I stayed up all night (silly time zones!) drinking whisky and watching the returns, and were punch-drunk when it was declared for Clinton (some of us were drunk-drunk. No names. But did you know the drinking age in the U.K. is lower than in the U.S.? True fact. Also, turning 21 when you’re an American living in England falls a little flat.)

Now I’m back in Texas, living in one of the most conservative parts of one of the most conservative cities, and I’ve had the “wrong” yard sign up for the past several elections. I love all my FOX-loving friends (even though they’re all wrong.) They’re sweet enough to tolerate me (to my face, anyway.) And there’s a fun little underground of fellow Obama-supporters. We have a secret handshake and everything. (We don’t.) (Do we? Did someone forget to tell me?)

I’ll be staying up late watching the returns again this year, and hope it’ll be fun rather than excruciating. (I hope it’ll be excruciating for all of my friends. I love you! Sorry your guy’s going to lose!) I love voting. I love the whole beautiful mess of democracy, even when I’m enraged by all the nonsense engendered by elections. I may vote for the wrong guy – if not now, then certainly in the past. There’s always someone to disagree with me. But the thing is, I vote.

You vote, too. Agree with me, or seek to counteract me, or don’t give a damn about my ‘not going to count anyway, it’s TEXAS, Melanie’ ballot, but vote. (Also, if you’re local – how about throwing your support to the library bond? You can agree with me on that, can’t you? Thanks.) 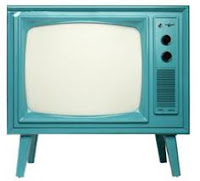 Now if you’ll excuse me, I have to go watch the news obsessively until this thing is called.
Posted by Unknown at 8:25 AM