Well, howdy, folks! You all remember how I'm reading Victor Hugo's Les Misérables this year, and posting about it all the time? (If by "all" I can mean "yeah, some....") Well here I am again!


To be honest, Volume 3: Marius didn't start out dynamically. So I slogged through (but here I am at 47% complete, which is encouraging), and am giving you all this at the low, low price of one entry:
Book First - Paris Studied in Its Atom
Book Second - The Great Bourgeois
Book Third - The Grandfather and the Grandson
Book Fourth - The Friends of the A B C

We meet Marius. Eventually. First, Mister Victor's Recap of All Things Ever. This is where we meet "the gamin - the street Arab - of Paris" (p.388) who you'll know better as Gavroche. Here's some of Hugo's delightful prose about this breed of guy:

He also goes on a great deal about the universality of Paris:

So Gavroche, on the rare occasion that he returns home, shows up at the hovel we know so well, where Valjean and Cosette briefly took refuge after leaving the Thenardier inn. All new inhabitants by now, including Gavroche's poorly-off family in the attic room (mom, dad, two almost-grown and well-loved sisters) - they never particularly welcomed him home, which Gavroche took in stride, not knowing any better.

Also in this treasure-box of a building: "a very poor young man who was called M. Marius." (p.400) 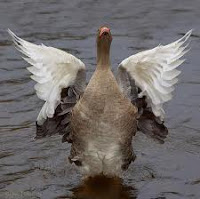 And now: Mister Victor's Recap of Marius's Entire Family Tree. Salient points: grandfather M. Gillenormand is the life and soul of an anti-Napoleon salon filled with gray-haired folk. He lives with one of his two daughters (the ugly one. "Both had wings, the one like an angel, the other like a goose." (p.406)) Her grand-nephew Theodule was her favorite person. Her other grand-nephew Marius, who actually lived with them, was a serious chap, who never saw his father. The father, Baron Pontmercy, we already met (Hugo sure is fond of weaving all these random people together across the breadth of his book) - he was Napoleon's soldier who Thenardier "rescued" (i.e., started to steal from until caught) from a pile of corpses at Waterloo. Pontmercy went through the rest of life loyal to Napoleon, and was reviled, and had to give up his son to M. Gillenormand in order to keep the poor kid alive. He had to promise never to see him, and Gillenormand intercepted all the letters he wrote Marius, though there were a few sympathetic church folk who used to observe Pontmercy lurking behind a column just to get a glimpse of his son. And finally Pontmercy dies, after summoning Marius, who makes it to his room an hour too late. Marius is saddened, and after he finds out how much his dad suffered for his sake, vows to fulfill Pontmercy's last request, which is to look up that nice M. Thenardier and see if he needs anything.

Marius (who is "on the whole, a cold and ardent, noble, generous, proud, religious, enthusiastic lad; dignified to harshness, pure to shyness." (p.417)) becomes an anti-Royalist in honor of Pontmercy, which Gillnormand and his daughter find out (as does Marius's cousin Theodule, sent to spy on Marius, but Theodule opts carelessly against ratting out his cousin.) So grandpa throws him out. He doesn't have anywhere to go, but fortunately he's spotted by a classmate from college, who is part of this gang of young Revolutionaries called The Friends of the A B C (do you really want the whole long detailed political history as to why? I didn't think so.)

Enjolras (the leader), Combeferre (the guide), Jean Prouvaire, Fauilly, Courfeyrac (the center), Bahorel (the clown), Lesgle or Laigle, Joly, and Grantaire - we meet them all here. I'm not really going to pass along the introductions, delightful though some of them are, because: wordy Hugo. "All these young men who differed so greatly, and who, on the whole, can only be discussed seriously, held the same religion: Progress." (p.438) Any rate, Marius mixes in with them, but doesn't pay too much attention to their philosophies, being mostly concerned with not having any cash or a job. (M. Gillnormand does have his daughter send him cash, but he returns it as tainted stuff, and moves - presumably to the hovel - in order to save what he has left and to prevent her readily finding him again.)

"Marius had fallen into a wasps'-nest of wits. However, although he was silent and grave, he was, none the less, both winged and armed." (p.442) (See, Hugo, this is why I forgive your interminable history lessons! That is a genius line.) So one day when he's half-paying attention as they all sit around drinking wine and gibbering on about Progress, Marius overhears something which causes him to stand up and make a grand speech about how if it weren't for Napoleon, they wouldn't have Paris as it was, they wouldn't have Progress, yadda yadda. Kind of stuns the group into silence.