From Goodreads: "It’s the rule - always watch your fives and twenty-fives. When a convoy halts to investigate a possible roadside bomb, stay in the vehicle and scan five meters in every direction. A bomb inside five meters cuts through the armor, killing everyone in the truck. Once clear, get out and sweep 25 meters. A bomb inside 25 meters kills the dismounted scouts investigating the road ahead.
Fives and Twenty-Fives marks the measure of a marine’s life in the road-repair platoon. Dispatched to fill potholes on the highways of Iraq, the platoon works to assure safe passage for citizens and military personnel. Their mission lacks the glory of the infantry, but in a war where every pothole contains a hidden bomb, road repair brings its own danger.
Lieutenant Donavan leads the platoon, painfully aware of his shortcomings and isolated by his rank. Doc Pleasant, the medic, joined for opportunity, but finds his pride undone as he watches friends die. And there’s Kateb, known to the Americans as Dodge, an Iraqi interpreter whose love of American culture - from hip-hop to the dog-eared copy of Huck Finn he carries - is matched only by his disdain for what Americans are doing to his country. Returning home, they exchange one set of decisions and repercussions for another, struggling to find a place in a world that no longer knows them." 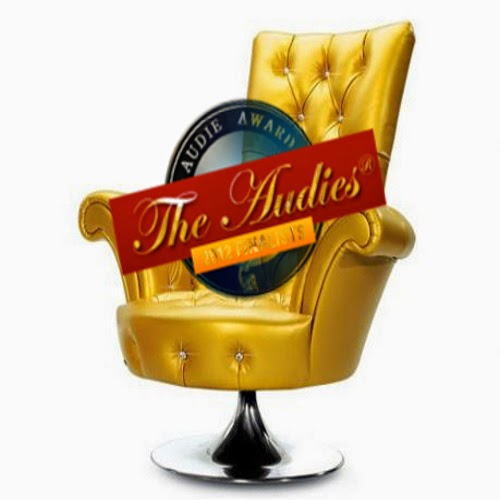 This novel wasn't on my radar until the 2015 Audies nominees came out, and I wasn't sure how I'd like it, when I started this year's Armchair Audies project (judging the fiction nominees). I liked it!

Most of the action of the novel happens after Lt. Donovan's platoon is back home in America, and his interpreter, Dodge, has gotten out of Iraq but is free-floating through an unstable Mideast. There are flashbacks to their service, and to the events that brought each of them, particularly Dodge (who is such a compelling, complex, tragicomic guy), together. There's a pivotal incident that each grapples with as they struggle to find out who they are, now that they are no longer serving.

Michael Pitre focuses tightly on the disconnect between life in the Marines and life afterwards. Even when characters appear to be picking up where they left off, they are permanently changed by their years of service, in ways that family and friends don't know how to process. These aren't gruff vets incapable of processing what happened overseas; rather, they are all very aware of changes in the world and in themselves. They saw a war that took place in people's homes and shopping centers, where determining friendly from combatant isn't always easy, and where a few from all sides are conspicuously gathering as much war-related wealth as possible.

The distinctive voices of the marines were smoothly handled by Nick Sullivan, Kevin T. Collins, and Jay Snyder, but the standout for me was Fajer Al-Kaisi as the Iraqi interpreter Dodge. Al-Kaisi's gusto as he takes on Dodge's vibrant, sometimes angry, always analytical personality made a lively character come even more strongly to life. I've read several fictions set in and around the post 9-11 war zones, and am impressed with the way Pitre used Dodge to bring to life the realities of living in Iraq as a citizen; most American novelists I've seen writing about Iraq and Afghanistan are a lot more stand-offish when it comes to the locals whose lives are being blasted apart. But like Dodge's beloved Huck Finn, he is the kind of character it would be fun to drop in to any number of novel situations (ha) just to watch how he navigates it.