In My Life She Has Burst Like the Music of Angels

Y’all ain’t gonna believe how action-packed this part is. Fasten your seat belts, ‘cause Volume 3: Marius of Victor Hugo’s Les Misérables is a wild ride.

Poor Marius! So many sad things in his life, the worst of which seems to be that the old man and his pretty daughter have vamoosed for good. He goes all around Paris looking for them, in places both sensible and strange, all of his youthful exuberance and dreaminess and so forth shattered; “he was a lost dog.” (p.482)

“He took to living more and more alone, utterly overwhelmed, wholly given up to his inward anguish, going and coming in his pain like the wolf in the trap, seeing the absent one everywhere, stupefied by love.” (p.483) Poor boo. After ages of this, “he had been obliged to take to dining again, alas! Oh, infirmities of ideal passions!” (p.484)

So he’s walking out to get some food, when he gets bashed in passing by two fleeing grubby girls. “Through the twilight, Marius could distinguish their livid faced, their wild heads, their disheveled hair, their hideous bonnets, their ragged petticoats, and their bare feet.” (p.484) He overhears them fretting (in “repulsive slang” p.484) about how they’ve barely escaped being nabbed by the cops. They head off, and Marius finds a packet on the ground, which he pockets, since the girls are gone.

“ ‘How gloomy my life has become!’ he said to himself. ‘Young girls are always appearing to me, only formerly they were angels and now they are ghouls.’ “ (p.484) Don’t you feel sorry for Marius? Marius really wants you to feel sorry for him.

So he eats, heads home, and re-discovers the packet. Turns out it holds a pile of stinky tobacco-smelling letters, addressed to various people, signed with various names, each relaying a different sob story but all in the same hand. One – important info for later! – is addressed “To the benevolent Gentleman of the church of Saint-Jacqusedu-haut-Pas” (p.486) from a down-at-luck but grateful actor supplicant calling himself Fabantou.

So Marius is all, ‘huh, someone’s a con artist, eh?’ but is too bummed out by love to care, much less to speculate that the fleeing girls had any connection to it all.

Next morning, there’s a knock at the door, and to his surprise the voice that answers his “come in” isn’t Ma’am Bougon, the portress. “It was a dull, broken, hoarse, strangled voice, the voice of an old man roughened with brandy and liquor.” (p.488) It belongs to “one of those beings which are both feeble and horrible, and which cause those to shudder whom they do not cause to weep.” (p.488), also known as the older of the girls who ran into him in the street, also known, lo and behold, as the girl next door. 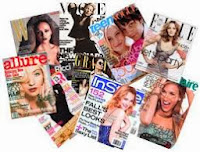 (Shall we see what Hugo has to say about this particular teen aged girl’s grim appearance? “The most heart-breaking thing of all was, that this young girl had not come into the world to be homely. In her early childhood she must even have been pretty. The grace of her age was still struggling against the hideous, premature decrepitude of debauchery and poverty. The remains of beauty were dying away in that face of sixteen, like the pale sunlight which is extinguished under hideous clouds at dawn on a winter’s day.” (p.488) In case someone needs to refute that the modern cult of beauty is at fault for causing teen girls to be image-obsessed, be aware that creepy old men have been scrutinizing and judging teen girls for centuries, and it leaves a mark, okay?)

So, this wretch brings Marius a letter asking for alms, and what? Surprise! It looks just like the other letters (but is signed “Jondrette”) He figures out that the girls have to carry supplication letters on behalf of their dad, the gross guy next door, and Marius takes some time to ruminate about the sad life the girls live, how poverty and manipulation and all are turning them into more monsters than women. 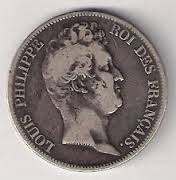 The girl, meanwhile, is having a ball. She hesitatingly reads a little from Marius’s books, writes on his paper, tells how her little brother is a friend of artists (take note for later, folks) and sometimes gets tickets to the theater she can use, lets Marius know how handsome he is, etc. Marius is all, ‘uh, yeah, uh, here’s your letters?’ and hands over the packet. She’s delighted, thought they were lost for good, and dashes off to deliver the one to “that old fellow who goes to mass.” (p.491) Marius comes up with five francs for her, keeping his last sixteen sous for himself. (He also paid 6 months rent for the neighbors at one point when he had cash. Remember, Marius is proud of living poorly to spurn his grandfather.)

So now Marius realizes that his level of destitution isn’t on the same scale as his neighbors. He contemplates all that misery and if this volume weren’t already so voluminous, I’d share more, but as it is, let’s get to the point: he discovers a hole near the ceiling that allows him to stand on the furniture and see into the Jondrette’s room. Or “hovel” as we should call it. “Marius was poor, and his chamber was poverty-stricken, but as his poverty was noble, his garret was neat. The den upon which his eye now rested was abject, dirty, fetid, pestiferous, mean, sordid.” (p.494)

Notable among the broken, shoddy furnishings, the lack of food, the barely-clothed torsos of the residents, was the fact that Jondrette had tobacco for his pipe. He’s writing more letters, and his big coarse wife is lauding him hollowly and his pitiful younger daughter is morose.

Marius is about to leave them to it, when the older daughter bursts into the hovel and tells her family that the old fellow from the church is following her, about to join them in their home. After Jondrette quizzed her closely to be sure she wasn’t spreading misinformation, he sprang into action. He put out the fire, broke the straw out of the bottom of their one chair, forced the younger girl to shove her hand through the window pane, breaking it to let in the cold and bloodying herself to add more pathos to their home. “One would have said he was a general making the final preparation at the moment when the battle is on the point of beginning.” (p.498) He tears his shirt, sends his wife to bed, encourages the kid to cry, and stands posing at the mantle, ready to look as miserable as possible, muttering about how the philanthropist probably won’t give them anything but bread and clothes that don’t fit and all his work will have been for nothing.

The man and his daughter enter!

“Marius had not quitted his post. His feelings for the moment surpassed the powers of the human tongue.

He’s agog, he can’t believe his angel is in that horrible garret. His soul soars.

Meanwhile, the old man has given Jondrette the expected bundle of clothes and food, which Jondrette pretends to appreciate while making snide comments to his daughter about it. But he wants more, so he “exclaimed with an accent which smacked at the same time of the vainglory of the mountebank at fairs, and the humility of the mendicant on the highway” (p.501), pointing out the lack of fire and clothes, the broken window, the “ill” wife in the bed. He pinches his daughter’s bleeding hand to make her sob more, attributing the injury to unsafe factory work. He claims they’ll be kicked out if they don’t come up with a year’s rent, and names an amount that would have covered 18 months instead. (Also, Marius knows it’s a lie because it had only been 6 months since he paid their back rent.)

The philanthropist hands over his coat and the only five francs he has on him, promising to return at six that evening with the sixty francs Jondrette needs. 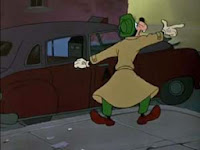 Marius kind of noticed all this, but mostly he’s been staring at the girl all this time. Her. His angel. Being all angelic with her charitable goods, her kindness to mother and daughters, and so on. When they leave, Marius tries to follow, but the cabbie is all “pay in advance, bub” and Marius is all “I’m good for it, I swear!” and the cabbie is all “you think I was born yesterday?” and since Marius gave his cash to the Jondrette girl, he can’t afford to follow his angel. ALAS!

He’s super sad and grumpy as he heads back to his room, and the last person he wants to see is the Jondrette girl who took his cash, but she butts into his room and suggests that, since she is always running helpful errands for her dad, she has the skills to help him out of whatever jam is bumming him out. She is NOT delighted to be asked to find the Angel Girl’s address, but she agrees. “There was a shade in the words ‘the beautiful lady’ which troubled Marius,” (p.506) but he pays no attention to his instinct and promises her anything if she’ll find his lady love.

Okay, this particular volume has a LOT more action, but there’s a limit to how long I’m willing to 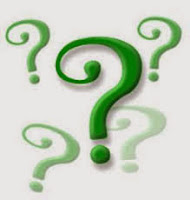 make this post. So we shall leave it here with these compelling questions: