Lair of Dreams by Libba Bray

Lair of Dreams by Libba Bray
(Random House Audio, 2015)
Read by January LaVoy
This title is a nominee in the 2016 Audie Awards: Young Adult Category

From Goodreads: “After a supernatural showdown with a serial killer, Evie O’Neill has outed herself as a Diviner. With her uncanny ability to read people’s secrets, she’s become a media darling, earning the title “America’s Sweetheart Seer.” Everyone’s in love with the city’s newest It Girl…everyone except the other Diviners.

Piano-playing Henry DuBois and Chinatown resident Ling Chan are two Diviners struggling to keep their powers a secret—for they can walk in dreams. And while Evie is living the high life, victims of a mysterious sleeping sickness are turning up across New York City.

As Henry searches for a lost love and Ling strives to succeed in a world that shuns her, a malevolent force infects their dreams. And at the edges of it all lurks a man in a stovepipe hat who has plans that extend farther than anyone can guess…As the sickness spreads, can the Diviners descend into the dreamworld to save the city?” 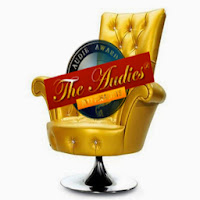 Creepy, taut, and populated by a diverse gang with varying abilities and strengths, book 2 of the Diviners series makes good on the promise of book 1. Having defeated an actual demon, Evie’s personal demons have her at bay, while Ling and Henry delve into dreamworlds that Bray seems to delight in creating expressly so her readers can no longer sleep easy. There’s less outright horror and more pervasive terror in this novel, with hints of creepiness to come in future installments.


January LaVoy is a stunning narrator. Lyrical, strong, witty. She handles the myriad voices and accents and emotional tones with ease, never overdoing anything, not even the creepiest dream-whispers. This novel would be a challenge for anyone to narrate, and it’s wonderful for us all that she’s paired up with Bray for this series.