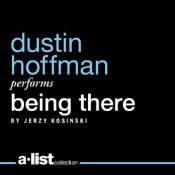 From Goodreads: "Jerzy Kosinski’s clever parable of a naive man thrust into the modern world is more pointed now than ever. Academy Award winner Dustin Hoffman (Rain Man, The Graduate), perhaps best known for his portrayals of vulnerable characters and antiheroes, gives an understated and exemplary performance of this satiric look at the unreality of American media culture.

Chance, the enigmatic gardener, becomes Chauncey Gardiner after getting hit by a limo belonging to a Wall Street tycoon. The whirlwind that follows brings Chance to his new status of political policy advisor and possible vice presidential candidate. His garden-variety political responses, inspired by television, become heralded as visionary, and he is soon a media icon due to his unknown background and vague, yet appealing, conversational nature. Being There was adapted into an Academy Award-winning film, starring Peter Sellers as Chance, in 1979."

Oh, humor. You crack me up. 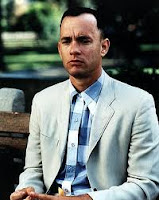 In this case, my teen and I both cracked up, repeatedly - like, pause the book so we could laugh freely cracking up, throughout the 3 hours of this audio. Kosinski's deadpan portrait of Chance's life is relentless in its take-down of media and politics. Chance himself is that naive blank slate that suits the Pooh/Tao template so well (we listened to this right after the Hoff book, and a more 'Taoist by default' character I've rarely seen.) (Except for every other time someone creates a character with little agency of his own so we can see the world act upon him and thereby learn something about ourselves. I'm looking at you, Forrest Gump.)

I haven't seen the Sellers movie in a long while - the library will help me take care of that soon - but from what I remember, it's very faithful to the book. (Makes sense, given that Kosinski did the screenplay.) In other words, it's funny, too.

Hoffman's understated affability suited the narration brilliantly. He has a friendly, trustworthy tone - "laconic and matter-of-fact," as a reporter describes Chance - and leaves the listener free to snap up the parody throughout. I wish his voices were a bit more differentiated, but it wasn't ever hard to follow. Still, the few times the text moves out of Chance's proximity, I would have liked a shift to show the sharper minds at play. Otherwise, this is a vivid reading, and a guaranteed good time if you're at all fond of satire.
Posted by Unknown at 11:12 PM