When last we left them, M. Madeline had just confessed to the Assizes that he is, in fact, the criminal Jean Valjean. Everyone was too stupefied that the famous, beloved mayor of M. sur M. was speaking up in court for the convict Champmathieu that he just gave up on them reacting, and went home.

And thus, the dawn rises on Book Eighth - A Counter-Blow.


After the trek home, Valjean (we get to call him that now, instead of any of the aliases - it's okay, Hugo said so) heads to the hospital to visit still-barely-living Fantine. The nursing sister is startled by the sudden whiteness of his hair, which Valjean hadn't noticed. Fantine, meanwhile, has gone gray with illness.

She's convinced Cosette is on the way - that it's the explanation of Valjean's absence. So she asks him about it, and they all hedge a little, until the doctor says the kid is there, but has to be kept away because it makes Fantine too excitable. She argues about it for a while (a chapter or so) but finally something stops her:
So Javert stood there, in face-off mode, while Valjean reassures Fantine that she has nothing to worry about.

And finally he advances into the room, and takes Valjean by the collar, which makes Fantine freak the hell out, especially since Valjean doesn't try to do anything about it. He does ask for a private word (calls him "Javert," which manages to piss him off: "Call me Mr. Inspector.") Javert's having none of it - makes him speak up about this super secret need of his: 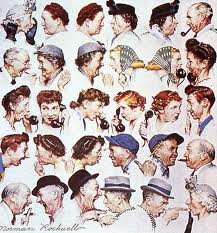 Now they've stuck the mayor in jail. Scandal! Gossip! Sensational commotion! "We are sorry that we cannot conceal the fact, that at the single word, 'He was a convict,' nearly every one deserted him." (p.210) They don't actually have any details, those gossipy townspeople of M. sur M., which doesn't of course stop the speculation. (As it ever was, so shall it ever be.) The gentry in particular - who he's never mixed with, preferring to spend his time doing good works over fancy dinner parties, are all, "Well! I suspected as much. That man was too good, too perfect, too affected. He refused the cross; he bestowed sous on all the little scamps he came across. I always thought there was some evil history back of all that." (p.210)

The portress at his building is still loyal to the mayor, so much so that she habitually puts his key out in the evening, even though he's in jail. She's pretty startled when a hand reaches for that key, though! Javert was lax enough to forget Valjean's strength, it seems - so he broke a bar in the window, escaped, and went home for a bit. He asks the portress to fetch Sister Simplice from the infirmary.

While he waits, he heads up to his rooms, where he wraps up the Bishop's silver candlesticks and leaves the money he'd stolen from Little Gervais with a note on the table. When the Sister arrives, he hands over instructions about paying for his trial and for Fantine's funeral, giving the rest to the poor, which she is to deliver to the Curé. (That gentleman does as instructed, but gives Fantine a pauper's burial, in order to have more cash for the poor.)

Before much more can be said, they hear the portress swearing to Javert and his men downstairs that no one is inside. Javert sees the light, and heads up, where he encounters the nun praying by feeble candlelight in Valjean's room. "It will be remembered that the fundamental point in Javert, his element, the very air he breathed, was veneration for all authority." (p.212) He knew the nun wouldn't sin. He started to just automatically remove himself from the room (where Valjean, FYI, was hiding behind the door, just out of sight), but his duty to his job makes him ask her if she's alone in the room. 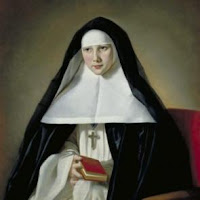 The nun looks at Javert and says she's alone. Javert swallows the lie readily enough, but again his duty leads him to ask if she's seen Valjean. Again, the nun lies. Javert excuses himself respectfully.
An hour later, a solitary man was leaving M. sur M., walking towards Paris. That's the end of Madeline, and the end of paupers-grave Fantine, and the end of the Volume bearing her name.