Who Am I? I am Jean Valjean!

Yes, I'm running behind schedule. But! It builds the tension, no? 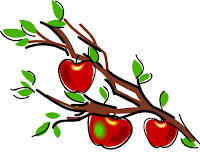 When last we saw them, Fantine was withering away in a hospital bed, longing for Cosette, still being held by the money-grubbing Thenardiers, despite the cash M. Madeline keeps sending them. Meanwhile, Javert has confessed to Madeline that he suspected him of being some scumbag named Jean Valjean, but has just found out that the scumbag is, in fact, being held for trial in nearby Arras, having stolen some apples. Not the most major of crimes, but due to his past record, failure to abide by parole, and probable theft from that excellent Bishop M. Welcome, it'll be back to the galleys with him. The mayor pretended not to care, but in reality....

Book Seventh - The Champmathieu Affair
Fantine, as we've seen, is winning over the Nursing Sisters but not faring well. She lives for Madeline's daily half-hour visits, when she can bask in his kindness and ask him about Cosette. But Madeline, in the wake of Javert's news about that scumbag Champmathieu who is really Jean Valjean, is a little preoccupied. He heads to a guy named Scaufflaer to ask about the guy's fastest means of transport for hire. After some haggling, Scaufflaer agrees to have his fastest horse and cabriolet at the mayor's door at 4:30 the next morning.

Madeline spends an hour with Fantine, then heads home, in a bit of a daze. He commences to pacing all night long. Then! The delightfully-titled chapter "A Tempest in a Skull" opens with these 'well, yeah' words:

But this whole deal with a look-alike going to the galleys in his stead had a bigger risk-to-reward ratio. It didn't seem all that easy to do the Godly thing and ensure his freedom without the ultimate failure of his quest to conceal his name. Hence the night of pacing in his room. After a while he chose to pace in the darkness, because "It seemed to him as though he might be seen.   By whom?   Alas! That on which he desired to close the door had already entered; that which he desired to blind was staring him in the face,- his conscience." (p.161) A.k.a., God.

just about sums up what's going on with Valjean throughout his night. Of course, Hugo has a lot more detail about Valjean's torment, the many pro/con lists that run through his head, the excuses both craven and noble as well as the denials of those excuses, the idea that "it is Providence which has done it all; it is because it wishes it so to be, evidently. Have I the right to disarrange what it has arranged? What do I ask now? Why should I meddle?" (p.163) So God wants him to feel secure from the wolf Javert, to have peace as reward for the good works he does, he doesn't need to ask the local priest for advice because clearly it's wrong to mess with God's plan! 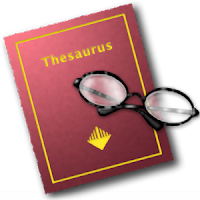 Thus resolved, he sets about tidying up his affairs. A letter to his banker, a packet of papers and cash to carry on him, and then - second (third, fourth, fifth) thoughts. Surely the Champmathieu guy was no good, what with the apple stealing and all? And anyway, the courts wouldn't send him to the galleys if he did confess, since everyone knew how nice he was now. But in that case, he may as well confess and save Champmathieu from galleys or death. But what about Fantine! She needs him, him personally, no one else was around to help her in her suffering! And all the factory workers! And all the other good works! If he keeps his name a secret, he can do a hundred times more good in the future with the millions he'll make - so many people need him to be free! 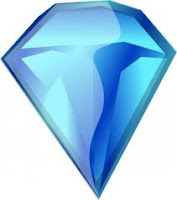 It's actually MORE selfish to confess - yeah. That's it. The desire to confess would cause untold misery and economic privation to a whole country-side. And any time he feels bad about the deception, he can just do even better for others, thus mitigating the sin almost entirely. Whew!

At this point he realizes that if he's going to make a break, it has to be a clean break, so he goes to the hidden cupboard in his wall and removes the clothes he'd worn out of the galleys, and the bag and stick he'd carried as he passed through the Bishop's town, and tossed them in the fire. As they burned, he saw that forty-sou piece he'd stolen from Little Gervais the Savoyard. Valjean left it in the ashes.

And then he looked at those candlesticks. The wonderful Bishop, M. Welcome, had given them with the hopes that he'd become a Godly man. And they proved, as much as anything, that he was Valjean.

He threw them in the fire.

So then a voice within him started ranting at him, among other things, pointing out: "there will be around you many voices, which will make a great noise, which will talk very loud, and which will bless you, and only one which no one will hear, and which will curse you in the dark. Well! listen, infamous man! All those benedictions will fall back before they reach heaven, and only the malediction will ascend to God." (p.169)

Candlesticks, back out of the fire. 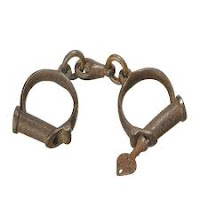 As Valjean continues his pacing, he notices his stuff. The table he likes to write at, the books he loves to read, the coffee he drinks each day. And there's the intangibles - the smiles of the children he gives toys to, fields full of chirping birds and sunshine, townspeople who admire and appreciate him. Instead, he would have ankle chains, convict clothes, random body searches, disrespectful address, and people who would point him out as the former mayor fallen low. Whippings. Derision. Toil.

Then he sleeps a little, and has a dream, which I'm skipping in my eternal protest against meaningful dreams in literature. Eventually his doorlady (I assume that's what a 'portress' is) wakes him to say a horse and cabriolet await him, which confuses him. What are they for again?

The trip to confession. (Well, at this moment he's telling himself that there's no reason not to go to Arras, just to see the guy for himself. Purely so he can make a fully informed decision and all. It wouldn't endanger him just to go there.)

The next chapter is titled "Hindrances" and I'm going to try to catch all the things that interfere with Valjean's simple trek to Arras, which he thinks will take just a few hours:

Valjean stares blindly at the walls, paces, sweats, staggers, paces, heads in the opposite direction, is generally blind and deaf and dumb, but ends up back in the ante-chamber, looking at the knob to the court-room door. "He gazed at it as a lamb might gaze into the eye of a tiger." (p.190)

And in he went.

(Meanwhile, back in the hospital, Fantine is fretting mightily that M. Madeline didn't show up for his usual visit. The sisters try to keep news of his absence from her - no one knows where he's gone, just that he expected to travel 20 leagues - but she finds out. She's overjoyed because she's convinced he's gone to fetch her daughter. Oh, poor Fantine.) (And she starts singing plaintive songs, not, as you'd expect, about castles on clouds, but "Roses are pink, corn-flowers are blue, I love my love, and corn-flowers are blue," which will be on all my Valentine's from here on out.) (Fantine expects to die the next day, but she'll have seen Cosette first, so she's calm about it.)

Valjean can't help looking instantly at the convict. "He thought he was looking at himself, grown old; not absolutely the same in face, of course, but exactly similar in attitude and aspect... full of hated, concealing his soul in that hideous mass of frightful thoughts which he had spent nineteen years in collecting on the floor of the prison." (p.190)

Now he's getting courtroom flashbacks, and contemplating the horror of becoming like Champmathieu again. Champmathieu, meanwhile, is putting forth his story that he was in Paris making wheels all that time, that's why no one local knew him during the time Valjean was in the galleys, and also he hadn't jumped over the wall and broken the apple tree, he'd just found the branch of fruit lying in the road, which wasn't stealing, and no one can prove otherwise, so the whole thing should be dismissed. The prosecution is having none of that, and brings back in the three convicts who had IDed him as Valjean. He wants to bring back Javert, too, but that good man had been dismissed to return to M. sur M. after his initial testimony. The prosecuting attorney is full of incredulity at Champmathieu's denials. He reads off Javert's statement swearing how evil a monster Valjean is, and asserting that the prisoner is Valjean. The court is clearly sympathising with his side.

The court officials communicate in the stunned and disbelieving silence, then ask if there's a doctor present. (My son's scout troop claims that if you have a heart attack on an airplane and there's no doctor or nurse on board, they'll intercom for an Eagle Scout. Maybe one of them could have helped Valjean at this point?)

Valjean says thanks but no thanks to the mad-house idea. "God, who is on high, looks down on what I am doing at this moment, and that suffices." (p.199) He says that although he's tried to be a good man, he is indeed the same guy who stole from the Bishop and Little Gervais, didn't register his papers at M. sur M., etc. He makes a speech pointing out that society is also to blame, not just for his criminal past but for that of others, since the only difference between the wretch Valjean and the beloved Madeline is the opportunities presented to them, the galleys vs. God's grace. Frankly, I think he's wasting his breath, since mostly everyone is still stunned and not really taking it all in. 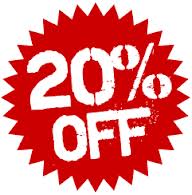 After bemoaning that Javert is gone, he prompts the three convicts with info only the real Valjean would know about them, and gets them to make the positive ID. "The unhappy man turned to the spectators and the judges with a smile which still rends the hearts of all who saw it whenever they think of it. It was a smile of triumph; it was also a smile of despair." (p.200) (also, 20% of this book complete!)

No one remembers their jobs, their duties, the proper course of action to take. It's all too unreal. Still: